Thanks for your interest! Due to the quick funding of this campaign, the offering deadline has been moved up to May 5, 2021.

If you've invested already but change your mind or need to cancel your commitment for any reason, you can do so until 5:00pm April 21, 2021, 48 hours prior to closing.

Why fund our local story

Meeting a modern market demand while preserving an iconic community cornerstone
The Residences at the Albemarle Hotel is a real estate redevelopment project in the heart of Stanly county. We're pursuing a local market opportunity while reclaiming and protecting the history of Albemarle for future generations to enjoy.

“May we appeal to the men and women in Albemarle who are financially able to subscribe to the capital stock of the new hotel...?”

This question was penned almost exactly 100 years ago in 1921 by The Stanly News Herald as Dr. W.C. Fitzgerald set out to raise capital from the citizens of Albemarle to begin work on the original Hotel.

Today the site holds a remarkably similar proposition: an opportunity for anyone in the community to own a piece of the hotel and buy into the future of Albemarle.

The project is being led by Jordan Jones, a North Carolina native who grew up hearing stories of the hotel’s glory day from his mom - born in Badin, NC. Now a Durham resident and veteran real estate developer, Jordan has a passion for local communities and is eager for his firm, Anchor & Pillar, to play a part in Albemarle's economic growth.

“It will mean a new start toward building up Albemarle.”

The Stanly News Harold's words became a self-fulfilling prophesy as members of the community rallied quickly around the new development. Thanks to numerous local shareholders, construction was completed in 1923 and the hotel became the city’s business, civic, and destination travel stop for many years. 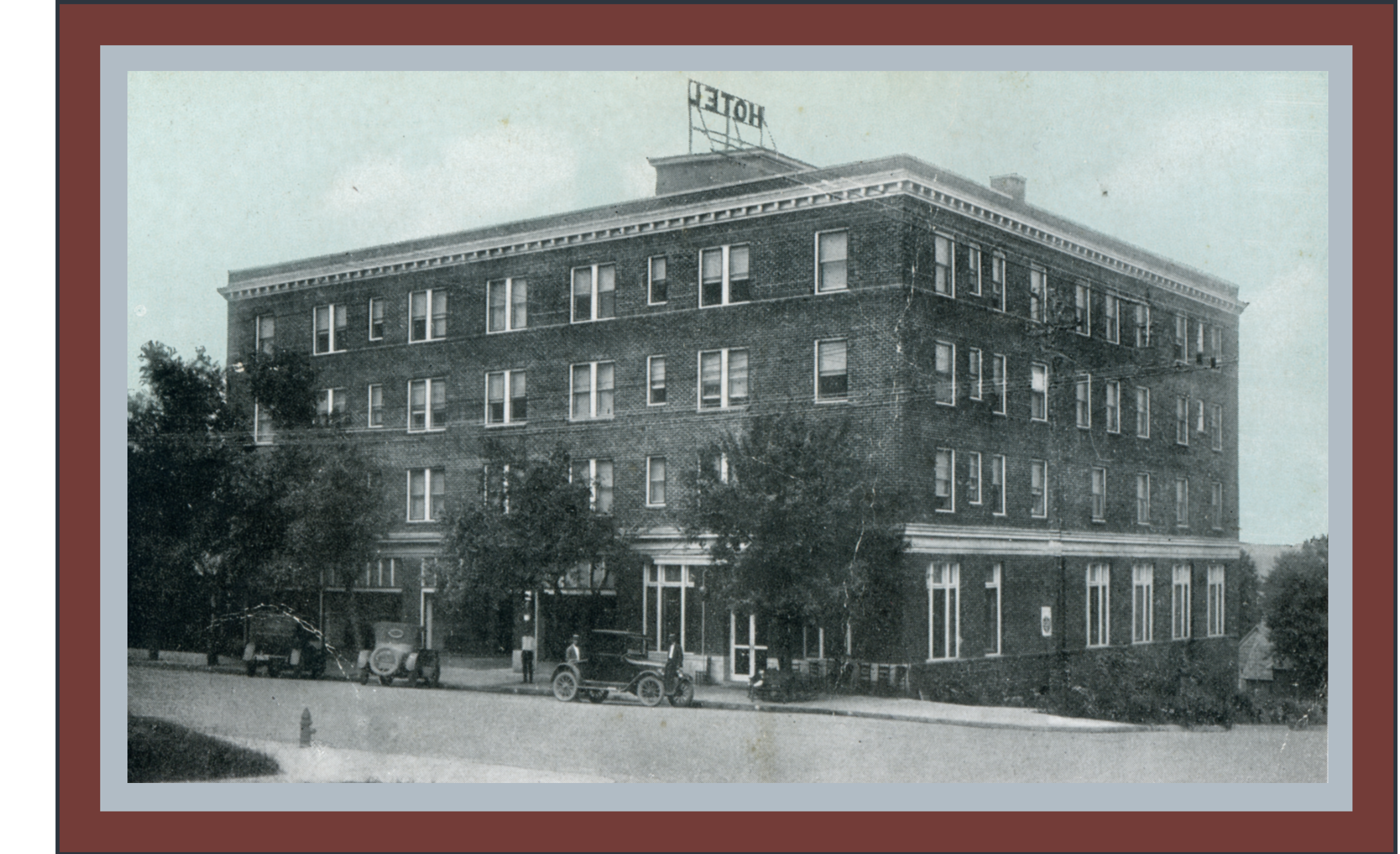 The first floor contained a ballroom, dining room and a grand lobby filled with fine furniture. The space was used by civic organizations such as the Civitan, Rotary, Lions, Optimist club, and the Chamber of Commerce just to name a few. It also boasted retail space housing a clothing store and barber shop. The Stanly County Public Library moved into the retail space in 1927 and the first local radio station, WABZ, began its broadcast from the hotel basement in 1947.

This  project is bringing the Historic Albemarle Hotel back to life. The Hotel building is positioned in the center of downtown, surrounded by local shops and only a block from the new Pfeiffer University Center for Health Sciences. 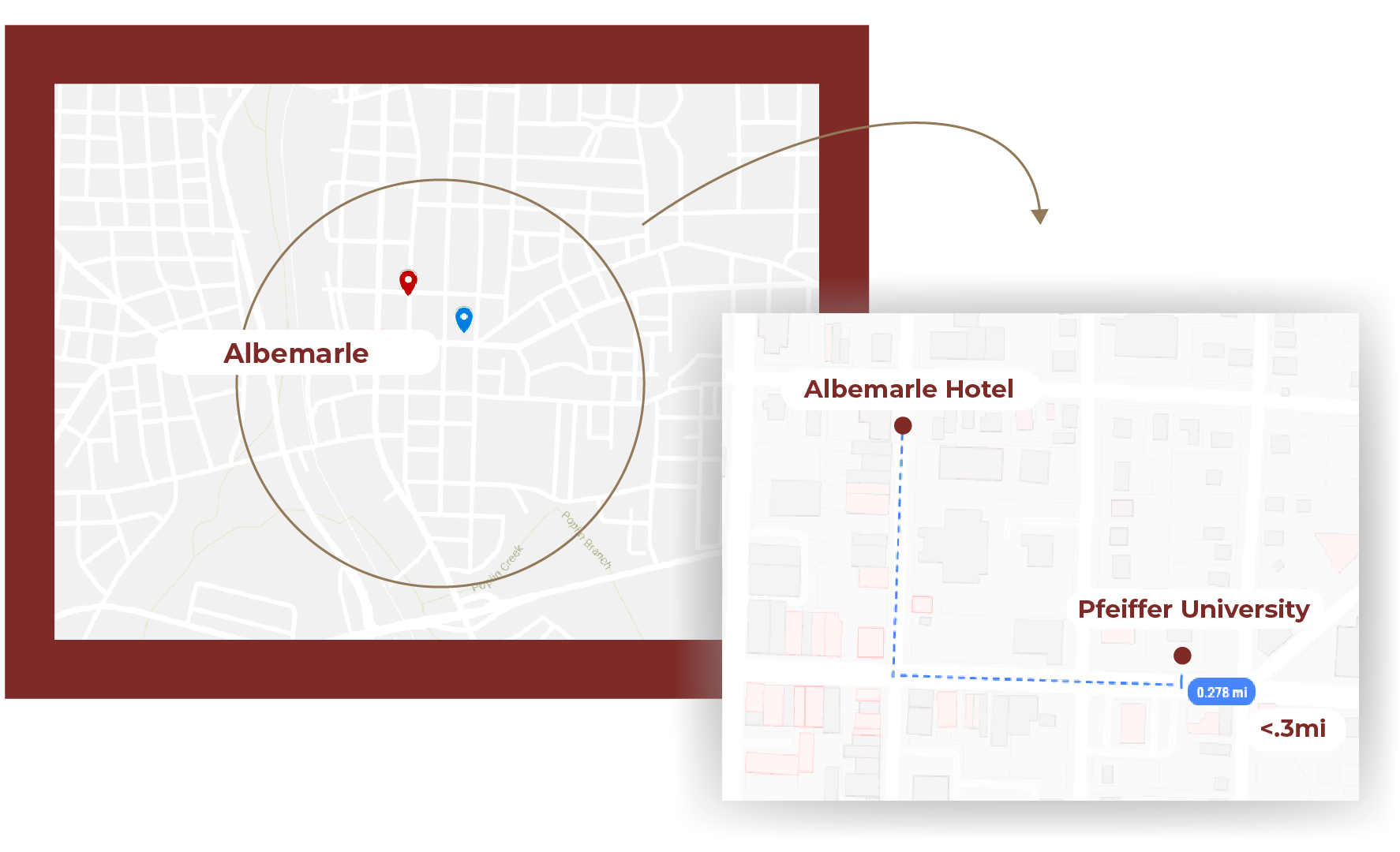 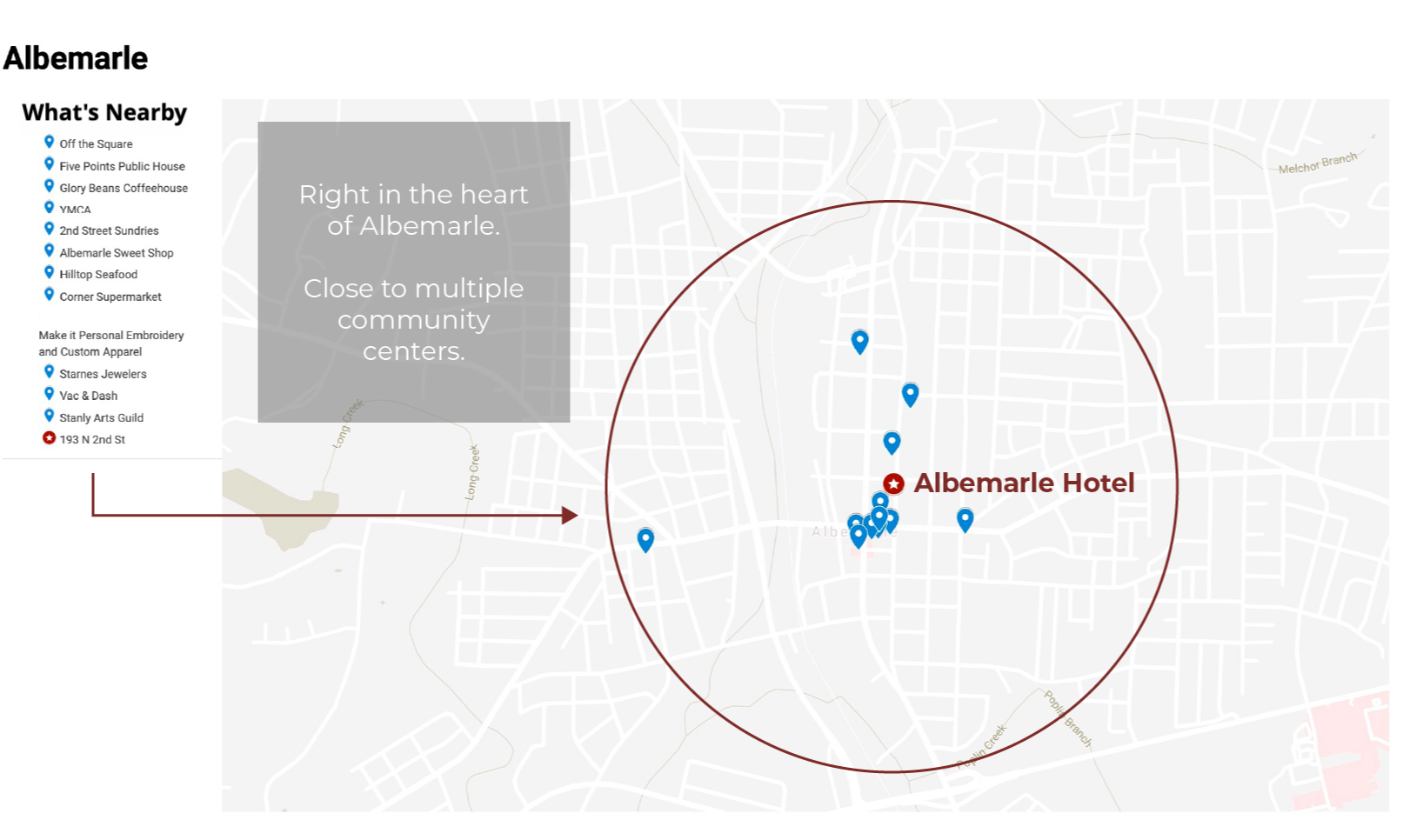 The Hotel has been a landmark icon since its opening in 1923. From its warm and stately hotel rooms to its fine dining lobby restaurant, the hotel was a picture of class and southern hospitality.

Surrounded by historic civic and church buildings, the location has served as a community mainstay, bringing people together in downtown Albemarle. Approaching its 100th anniversary, the building is perfectly poised for redevelopment and a return to its former glory.

Demand for downtown residential space is significantly increasing while the existing supply is insufficient. A thorough market analysis has shown that housing demand has already outpaced the availability of properties in the downtown area. With Pfeiffer University as an addition to the downtown, there will be 200+ graduate professionals added to the immediate neighborhood.

Our designs will convert the old hotel layout into 29 for-rent apartments and a 4,000SF commercial space. We want to balance the historic value of this landmark with a state-of-the-art redevelopment plan. The new designs will pay respect to the building’s history by preserving the exterior structure and refinishing the original windows. 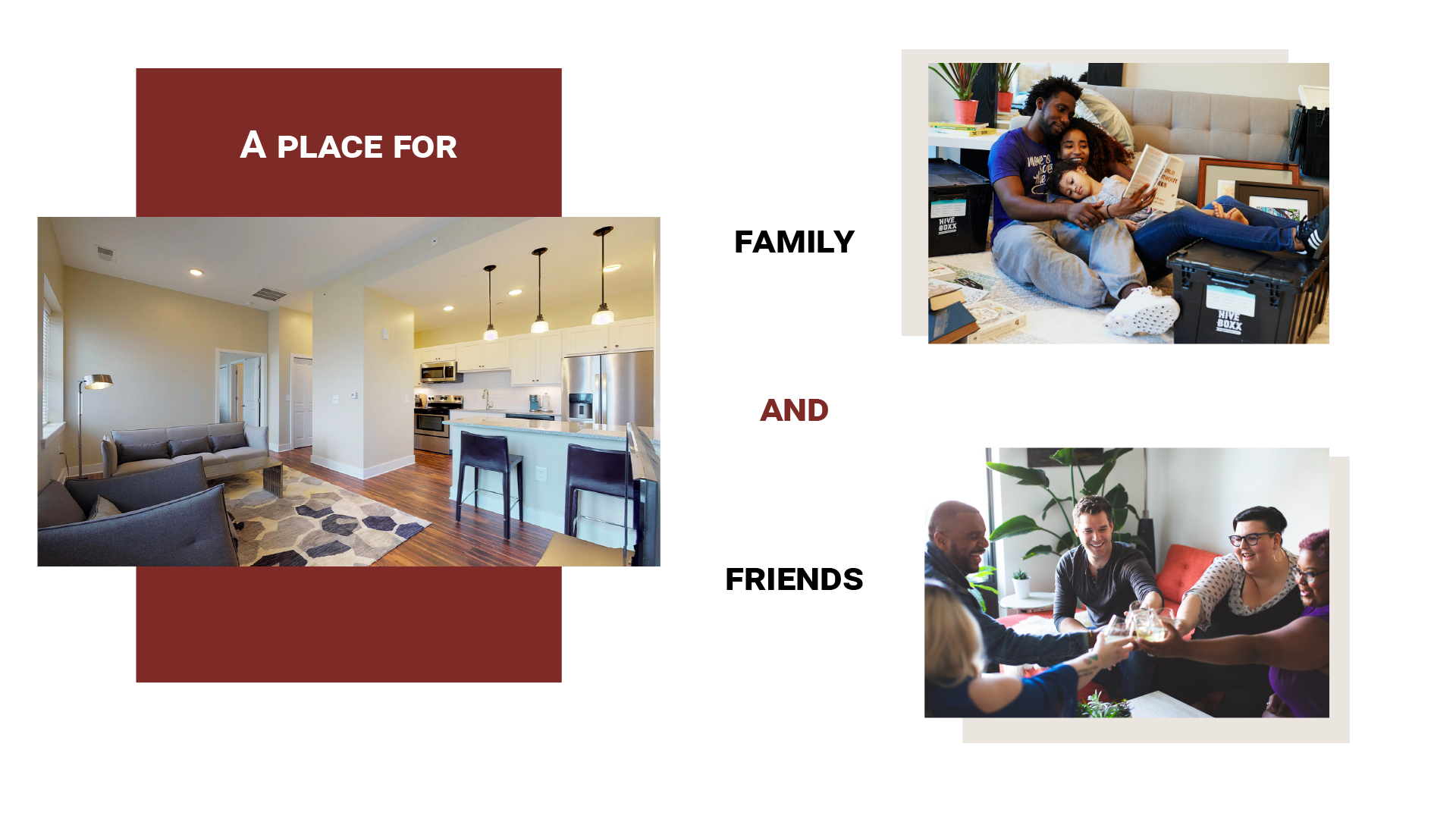 We’re completely stripping out the interior non-structural elements for a fully updated and completely redesigned floor plan. This plan mirrors our successful redevelopment of The Gathering at the Prince Charles in Fayetteville, NC. 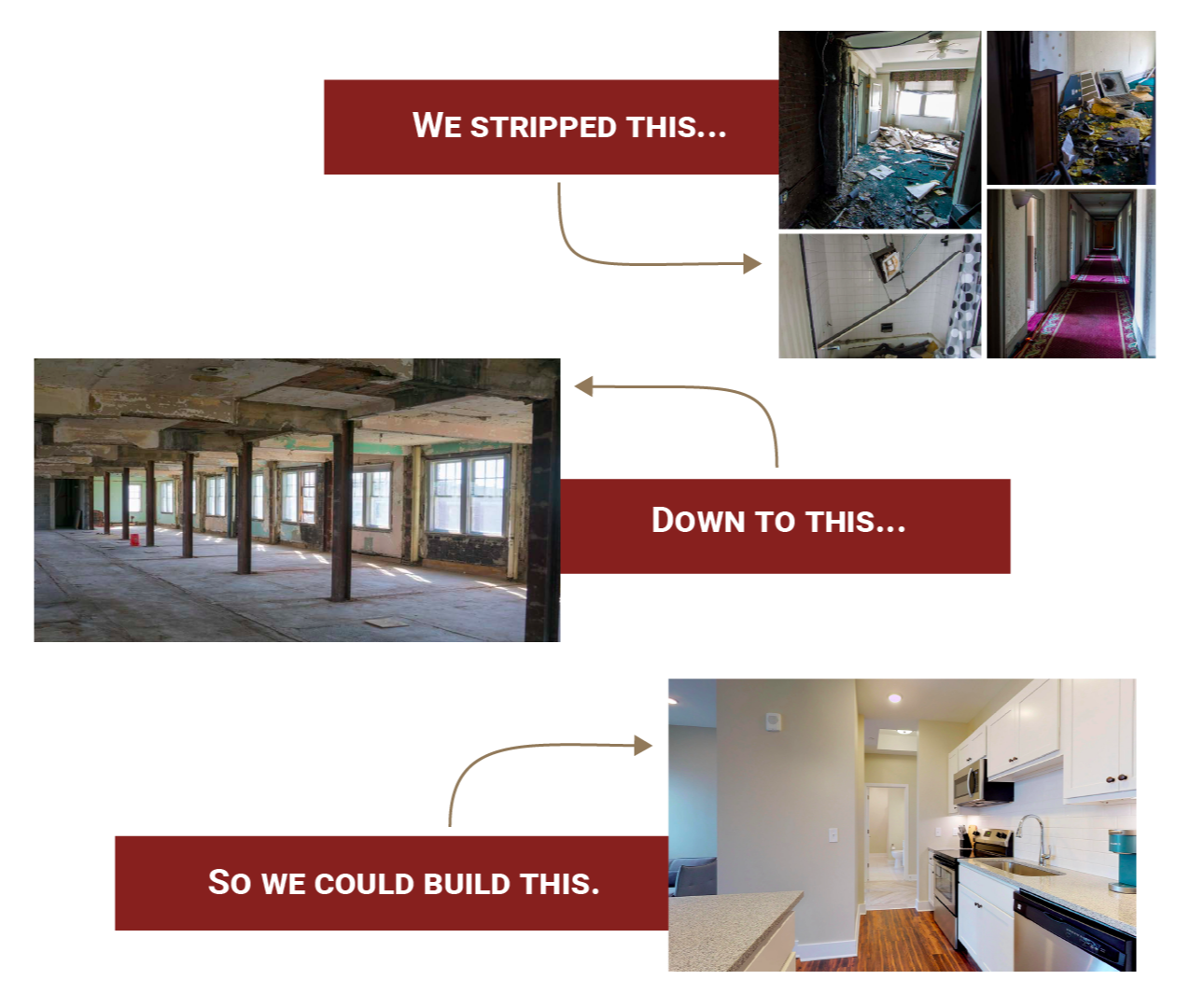 The Albemarle hotel demolition will remove the dilapidated and abandoned interior, providing a clean slate for the building’s restoration. 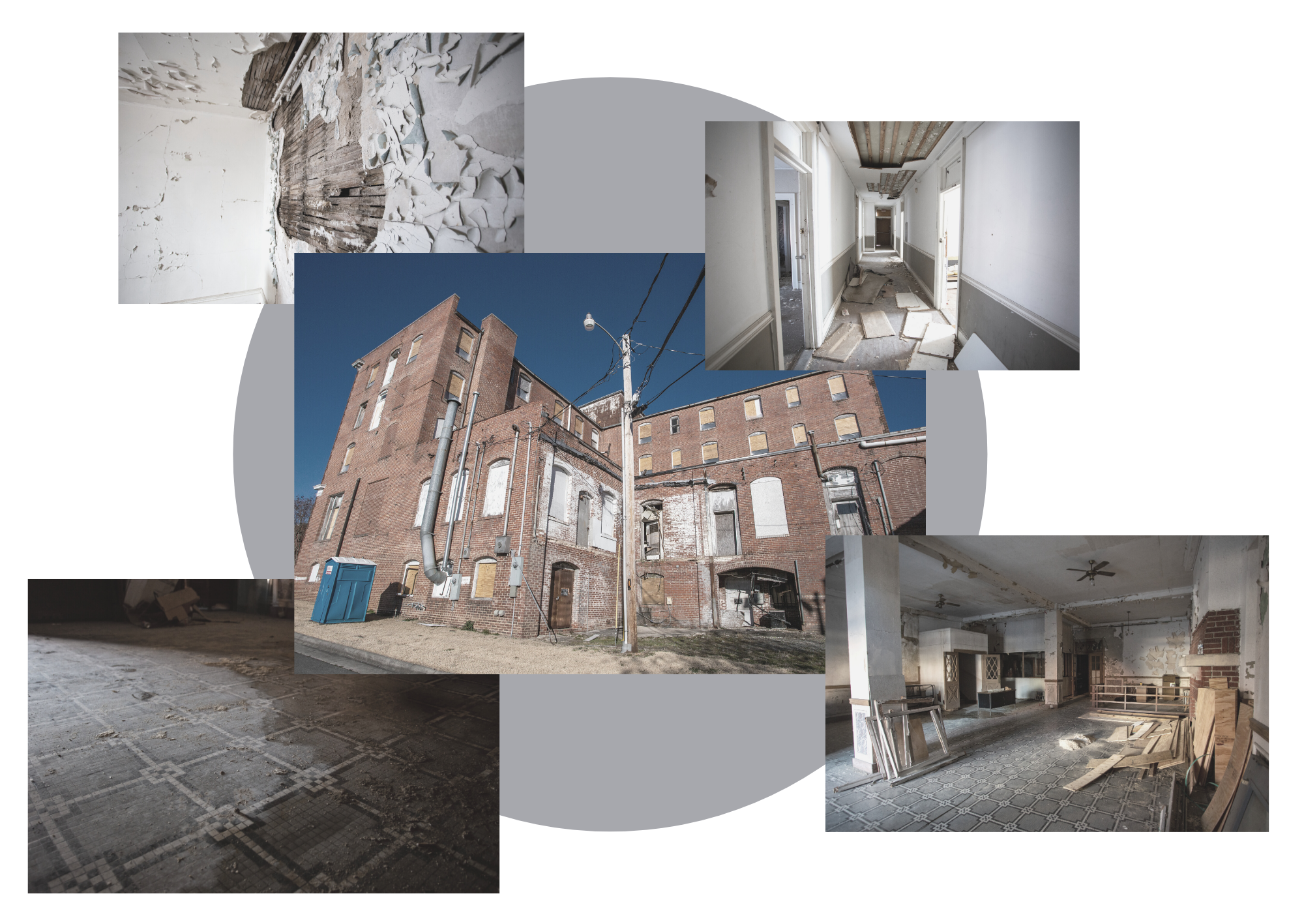 After years of neglect, the hotel will be redeveloped into a clean, safe, and modern environment for residents. 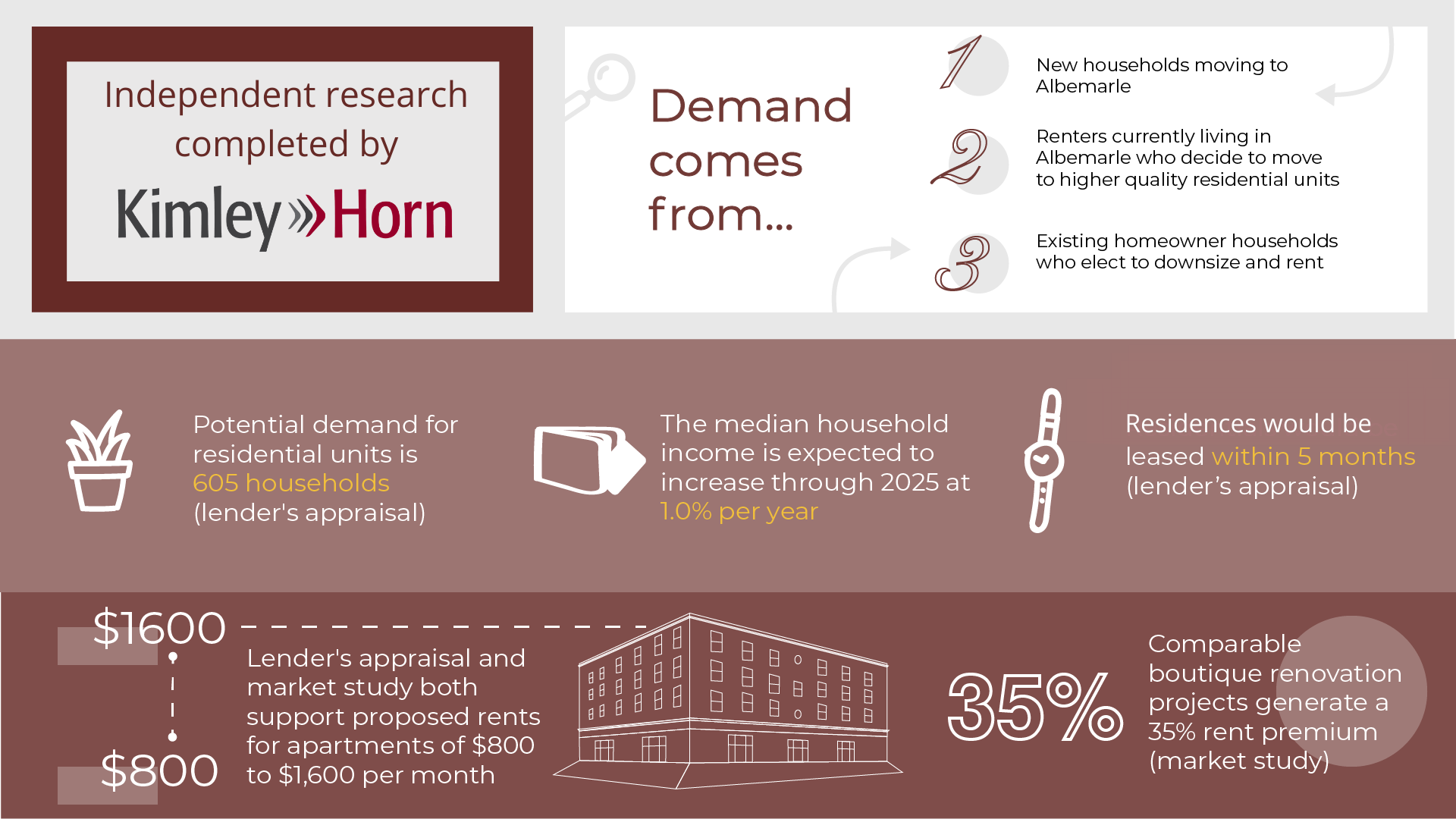 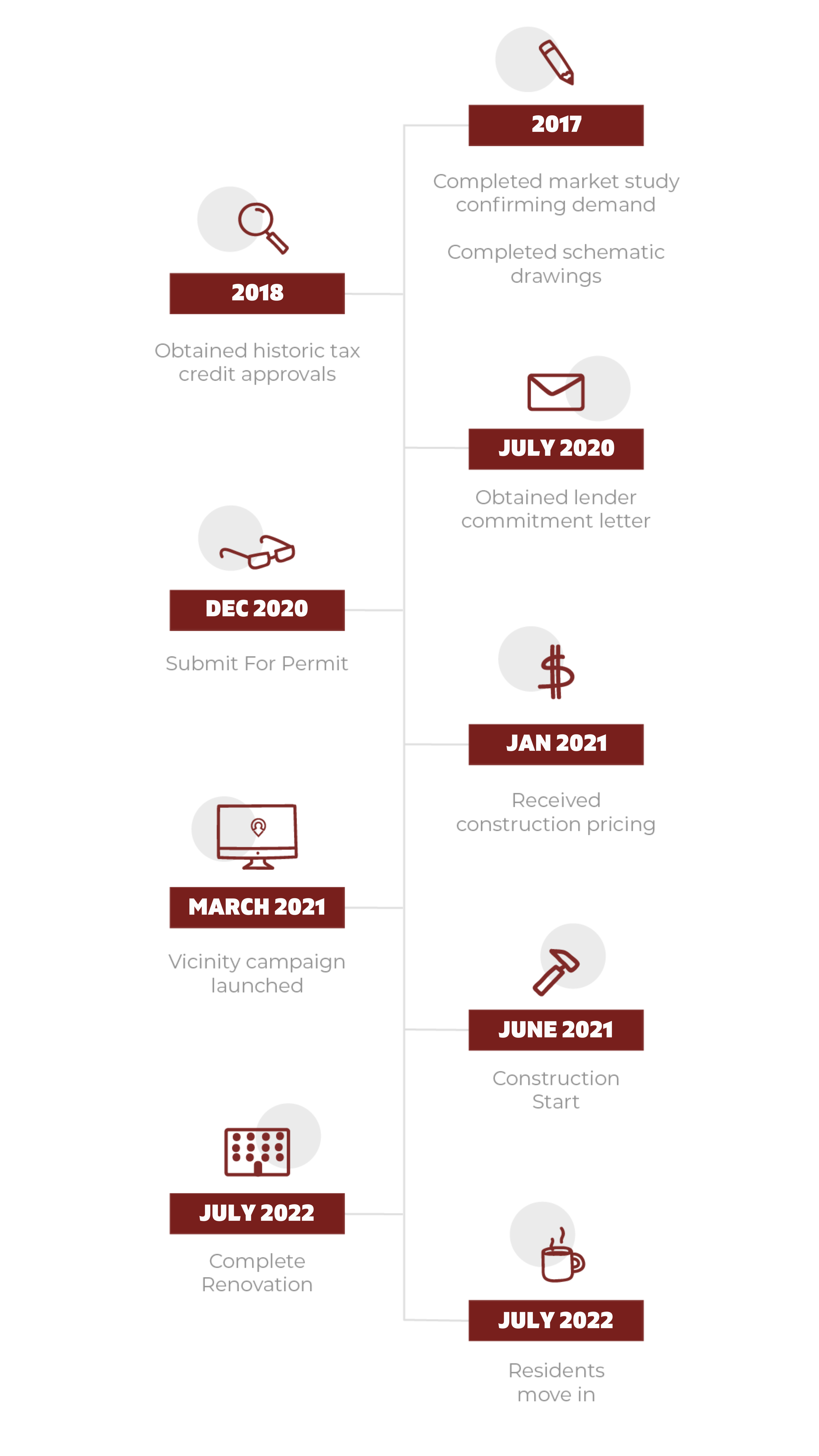 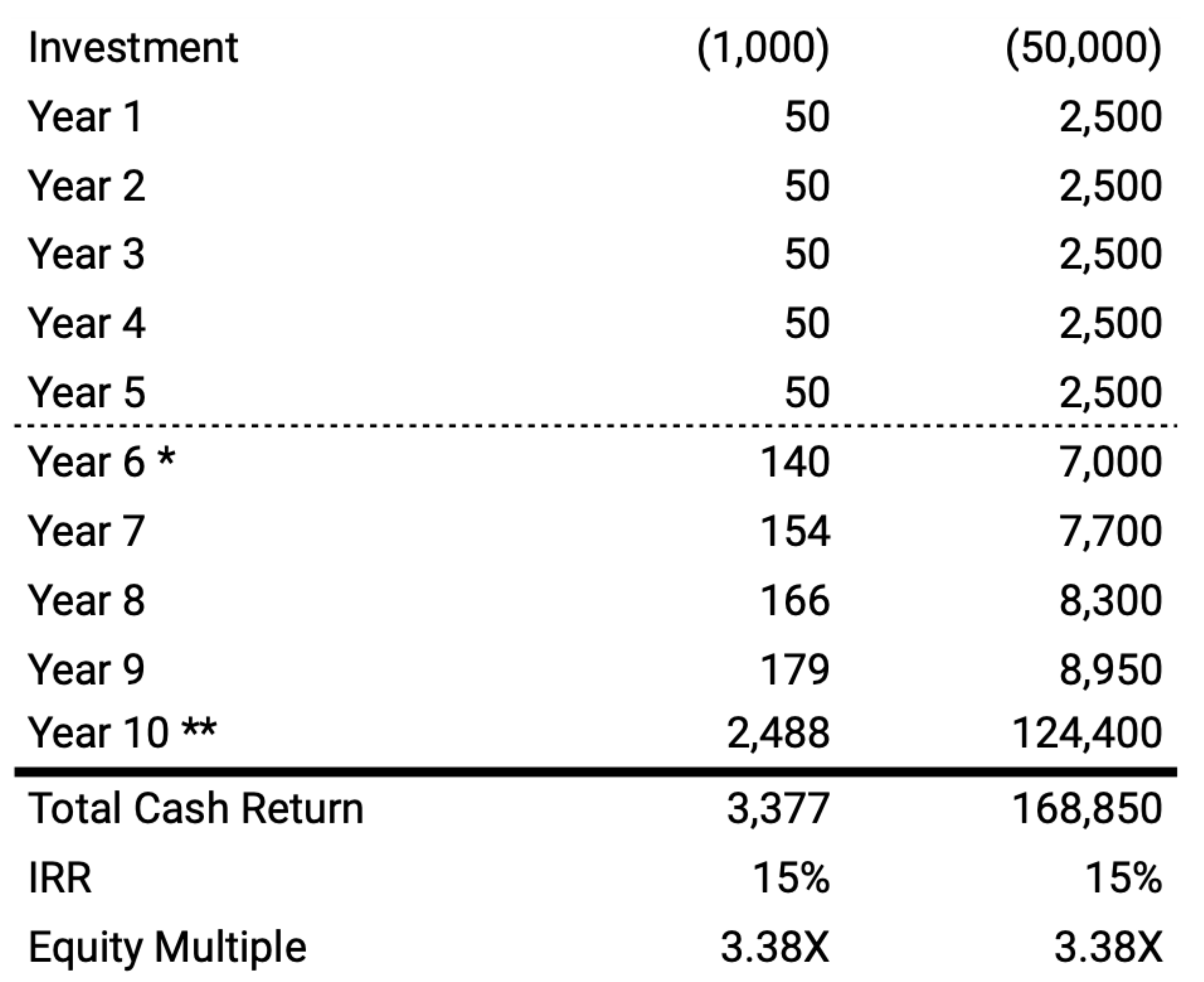 *Example assumes conversion of debenture to equity after Year 5 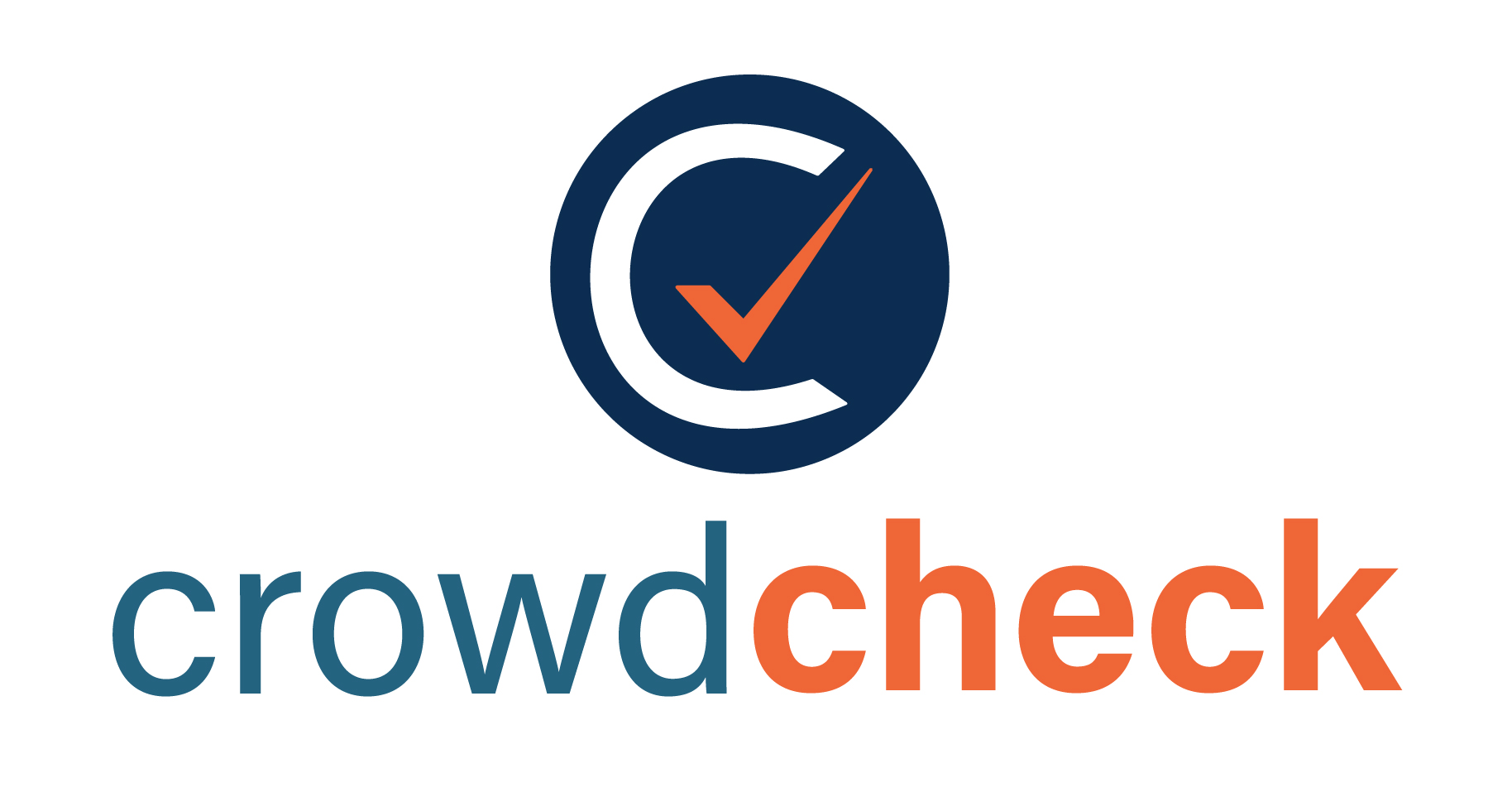 A review of disclosures, financials, and all filing information to ensure compliance and consistency with Rule 201 of Regulation CF. 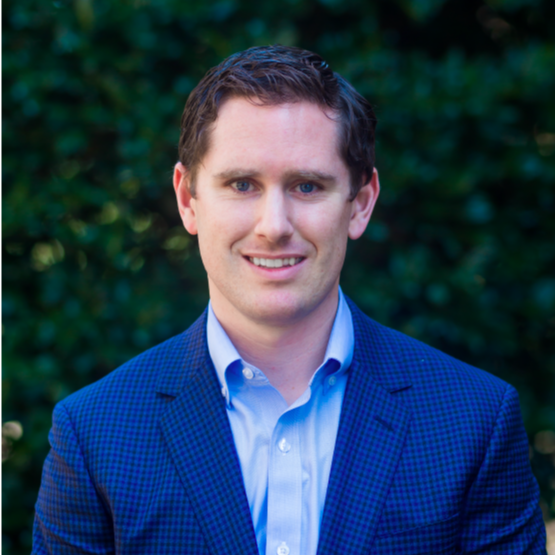 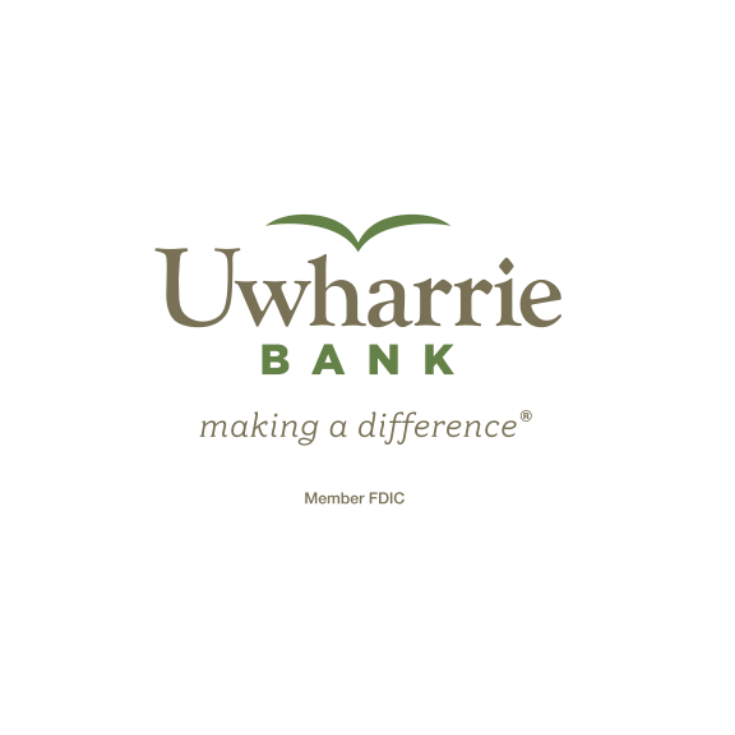 Uwharrie Bank,
Community Partner
Uwharrie Bank is a community banking organization that was organized in the early 1980s as the consolidation of the financial services indus..
Read More 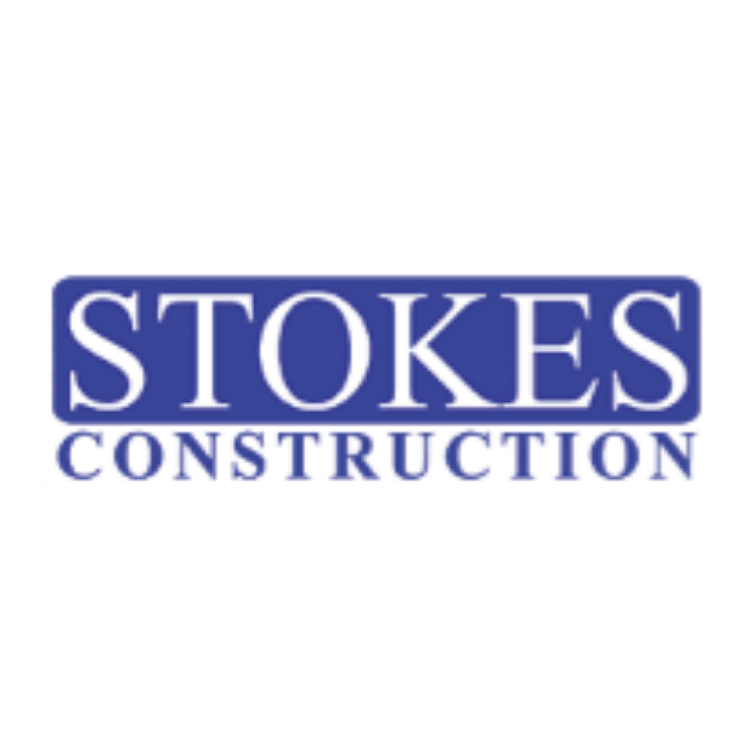 Are there comparable projects to what you are proposing for the Albemarle Hotel?

Yes, across North Carolina there are successful downtown historic tax credit renovations of similar buildings into commercial and residential uses. Close by in Concord, Rehab Development completed two renovations called Lofts29 and The View at Hotel Concord. These projects delivered more than 60 residential units that have price points above what are proposing for this project. A more comparable project is located in downtown Elizabeth City, NC. Elizabeth City's population and median household income are very similar to Albemarle's. In 2020, the Weatherly Lofts opened up with 44 apartments. All of these units were leased in about 6 months at rental rates above those we are planning for The Residences at the Albemarle Hotel.

Does demand exist for the proposed residential units?

We have received confirmation from two 3rd party experts that the demand exists for these residential units:

(1) we hired Kimley-Horn & Associates to complete a market study for the project. Their analysis confirms demand exists for these residential units, even without Pfeiffer University's Center for Health Sciences.

(2) our lender hired Analytical Consultants to complete an appraisal on the project and their analysis also confirmed the demand for the units. Both of these reports are provided.

Where will your tenants park?

We have secured sufficient parking through purchase of the building and an adjacent parking lot to park the property's residential tenants. Visitors to the commercial tenant will utilizing public parking.

What is Anchor & Pillar?

Anchor & Pillar is the real estate development firm behind this project. The name is a reflection of our purpose: to complete projects that serve as an anchor for the communities they're centered in and provide a pillar around which the people of that community can continue to build and invest in themselves.

Led by Jordan Jones, a veteran developer, the firm will be investing a minimum of $75,000 into this project and has an extensive real estate development experience, including: 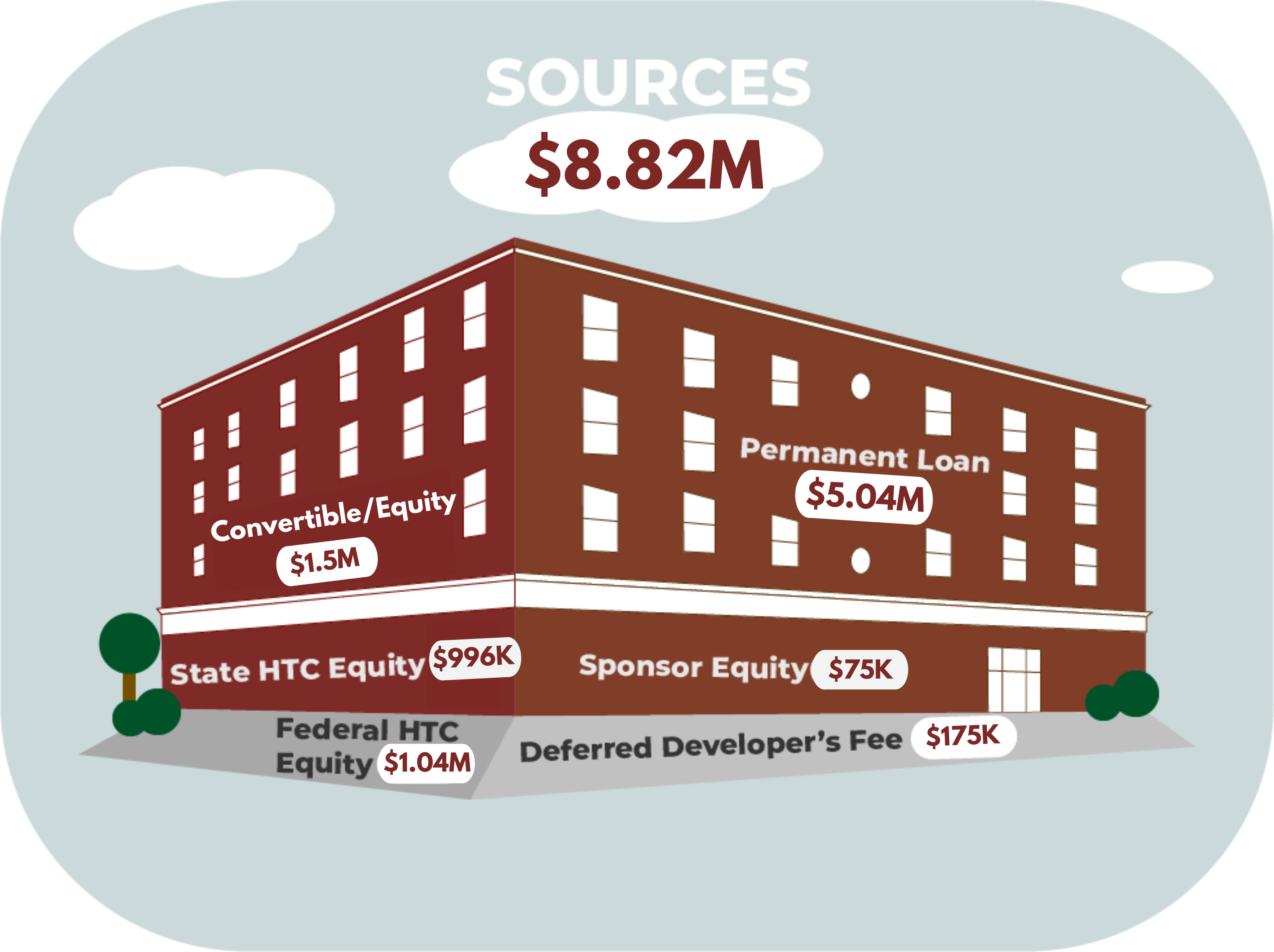 Investing carries general risks, such as losing all the money you invest. Some key risks are listed below. Additional general and project-specific risks may be detailed here if the Regulation Crowdfunding securities offering goes live. 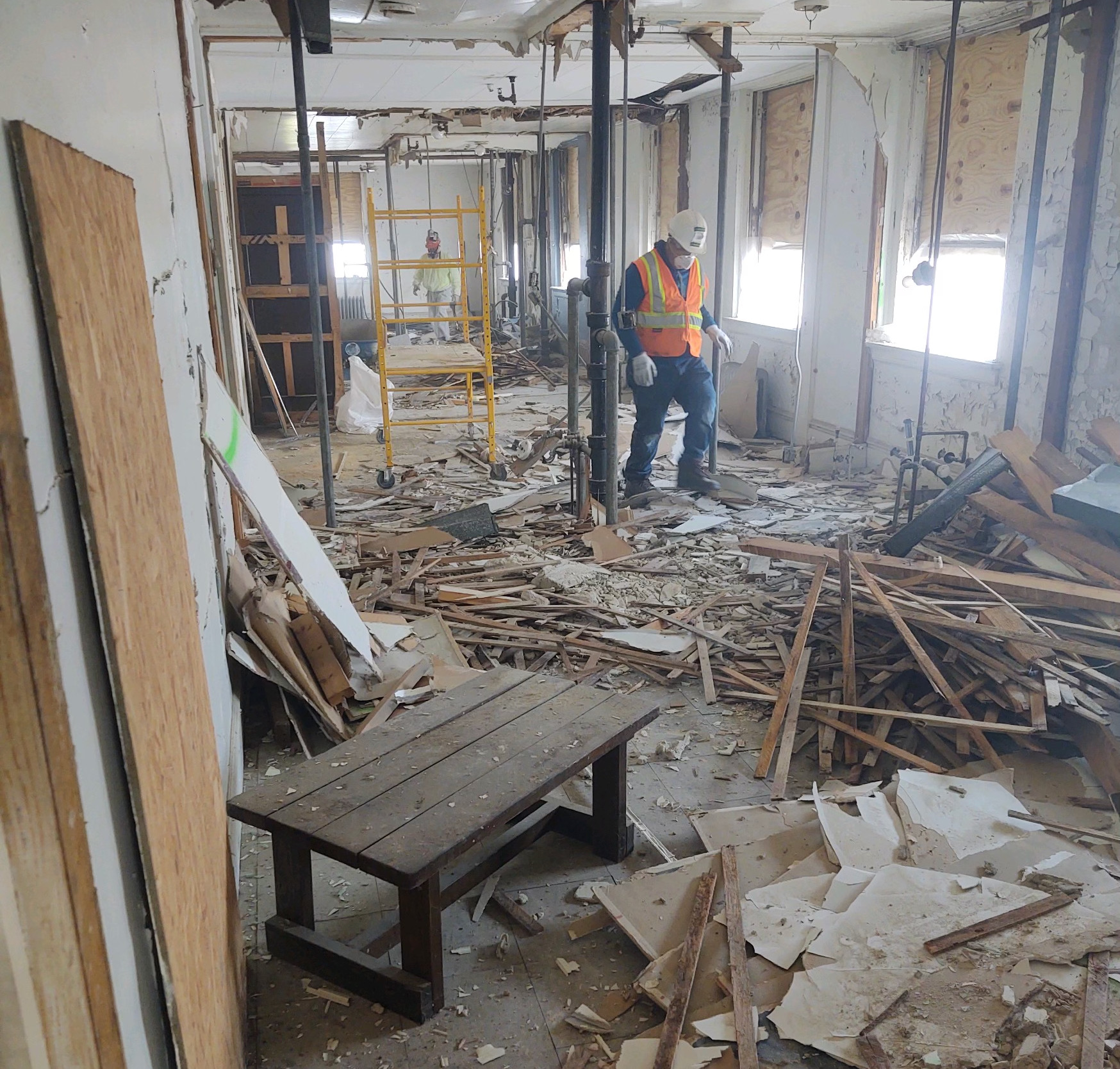 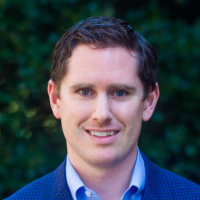 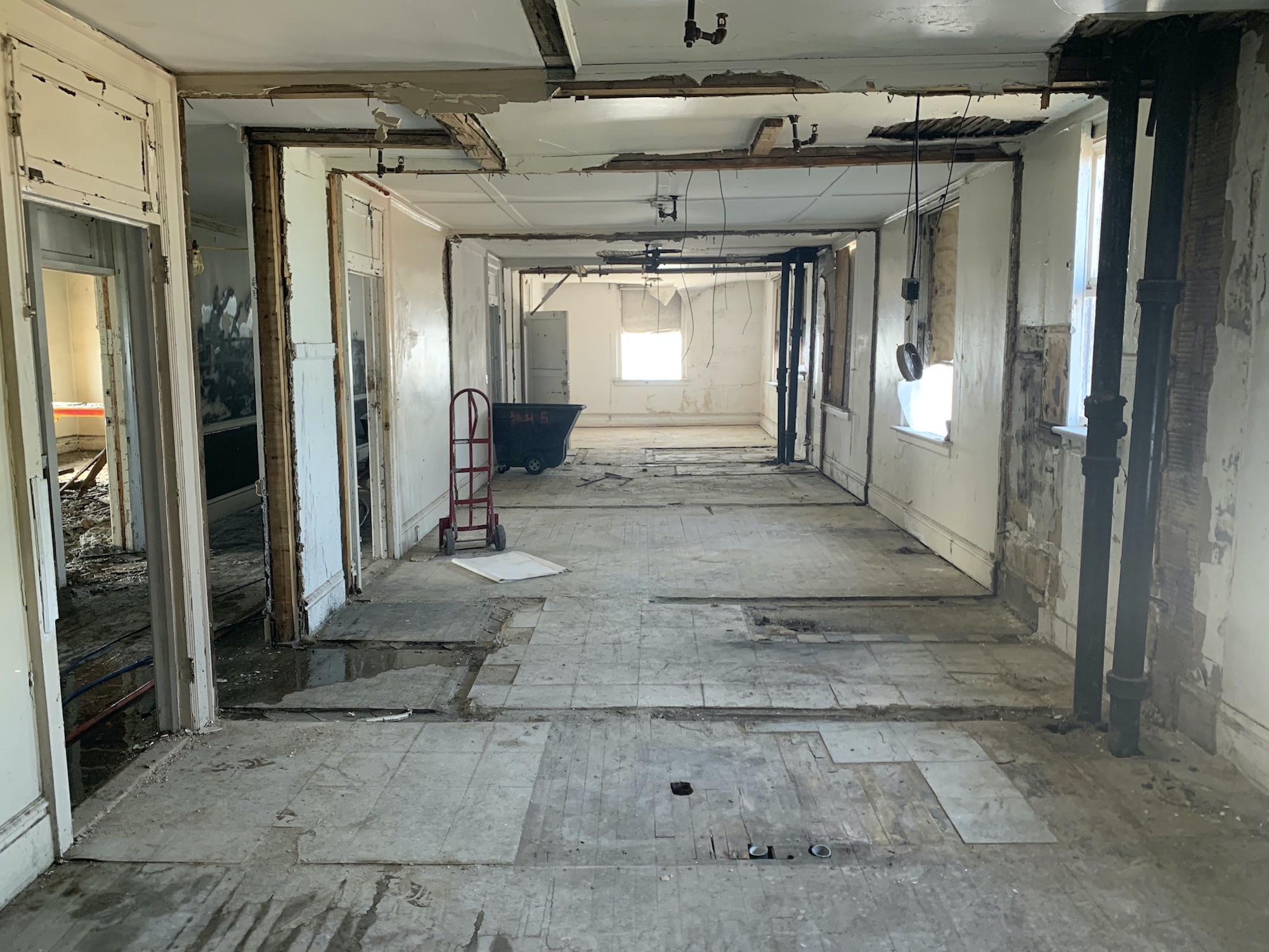 Demo is in full swing! We are some removing interior walls to convert the small hotel rooms into larger spaces for the new apartments. In this process we remain focused on preserving historic elements such as flooring, plaster, doors and windows. 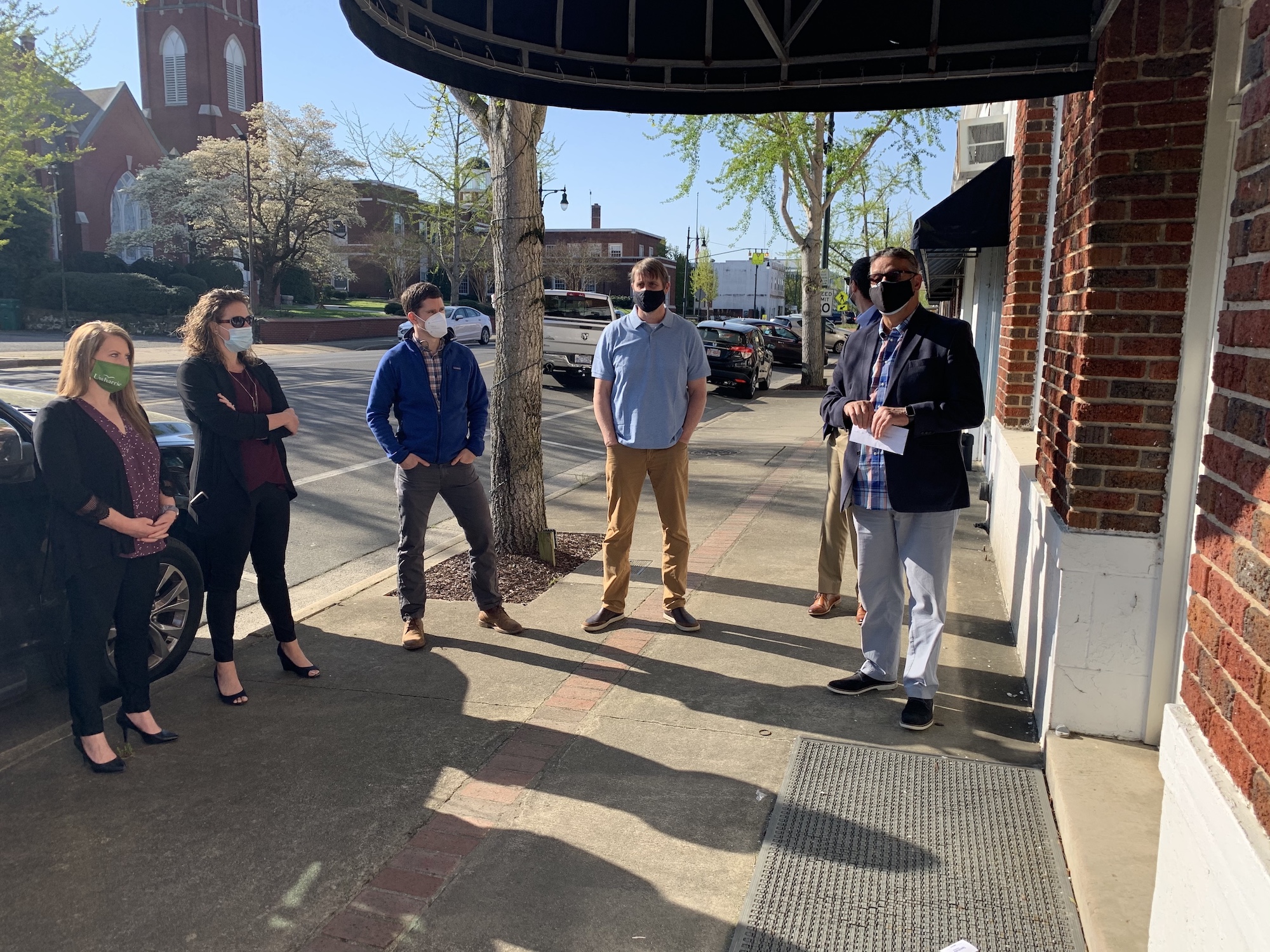 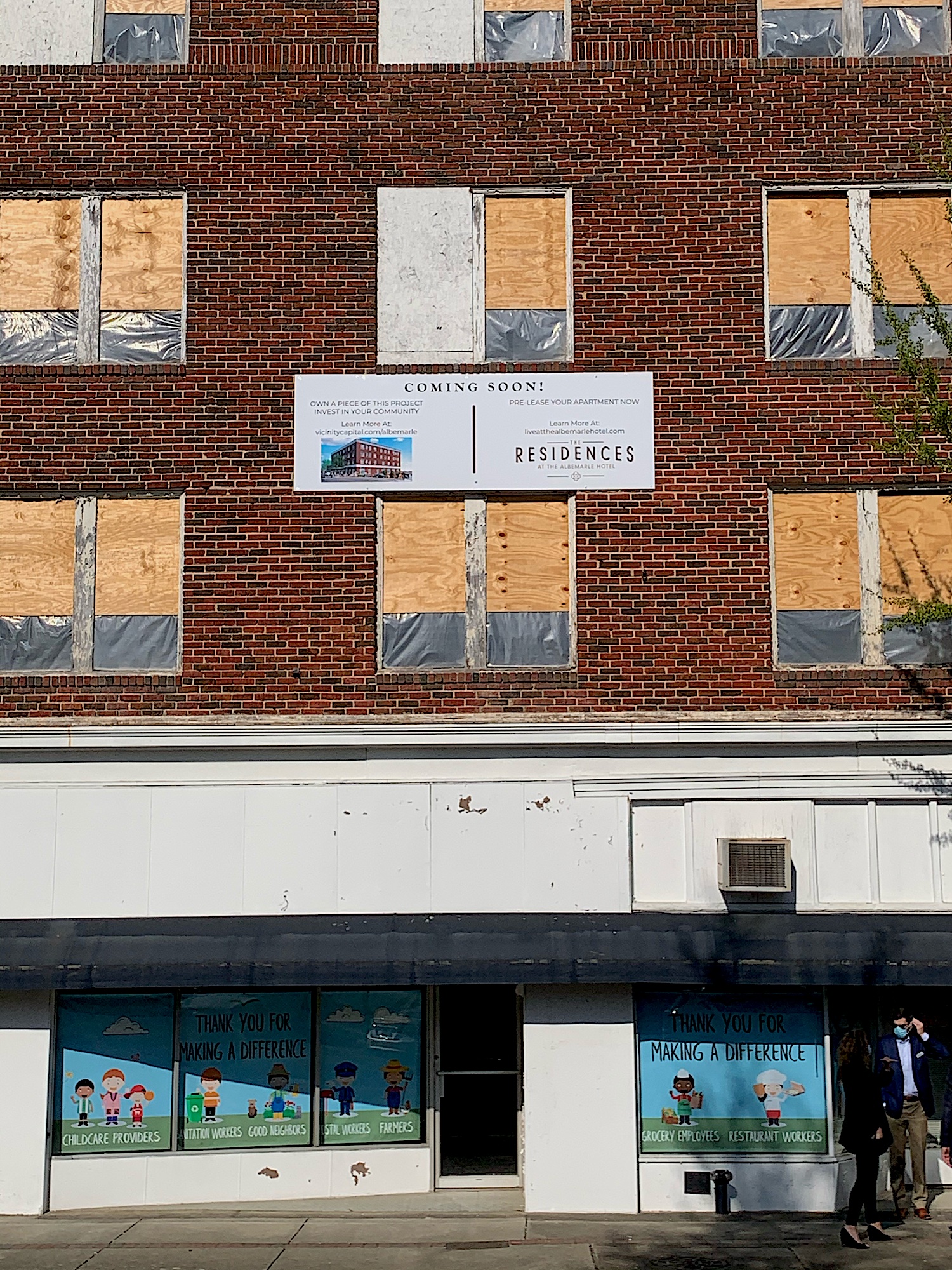 New building signs are up and had a great on-site meeting in Albemarle!

Thanks to everyone who joined our Q&A session. If you missed the event, listen to the recording below and sign up to receive alerts about future events. https://www.dropbox.com/s/ehwx9dn8vl1l0yr/Q%26A%20With%20Jordan%20Jones.m4a?dl=0